Home » Tips » App Tips » Truth: Are WhatsApp, Meet, Facebook & Other Video Calls Safe? (2022)
Recently, a 26-year old girl who was about to get married filed a complaint with authorities alleging her personal video chats with her boyfriend on WhatsApp were hacked and uploaded on social media!

Shady Apps – Root Cause of Most Hacks!

80% of the time, it’s the shady apps/malware that results in the hack. Users unknowingly download such apps that easily gain access to the camera and mic. The app/malware gives away all the personal information to a hacker who then leaks it.

15% of the time, personal videos are directly recorded by the person you’re communicating with using a screen recorder app and leaked.

3% of the time, it is the security flaws present in the video calling app that hackers exploit to steal data. Its only 2% chances of the reason being something miscellaneous. 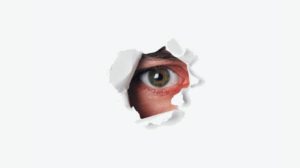 Easy: How To Check For Spying Stalkerware On Your Phone & Remove It? (2022)