Home » Tips » Electronics Tips » CFL vs LED: For Better Health, Eyes and Saving Money • 2021
The U.S. Department of Energy did a very thorough analysis of light bulbs, and its findings are pretty interesting.

Incandescent vs CFL vs LED: For Better Health

Incandescent bulbs had been the standard form of illumination for more than a century. The light they emit is more natural and similar to what we receive from the sun. They don’t contain harmful gases or heavy metals and thus are said to be good for your health.

But the problem with them is the inefficiency. More than 90% of energy is wasted as heat. Also, not to forget the high-cost maintenance and, more importantly, the carbon emission. Thomas Alva Edison may be rolling over in his grave as most developed countries have already started to phase out incandescent bulbs, and soon they will be a thing of the past.

If you can still get your hands on them, please don’t hesitate to use one for your bedroom at least.

CFL or a Compact Fluorescent Light is simply a mini version of a standard fluorescent light bulb. You will be pretty terrified to know that a CFL, in reality, emits ultraviolet light, and the white phosphor coating inside the bulb is the one that actually converts the ultraviolet to visible light.

Professor John Hawk, the retired head of the Photobiology unit at St John’s Institute of Dermatology, King’s College, London, warns: ‘There is good evidence that the CFLs emit radiation sufficient to cause damage to the skin if used close by for long enough.’

CFL bulbs also contain a certain amount of mercury and heavy metals that can be hazardous to humans and the environment.

LEDs or Light Emitting Diodes come with dozens of advantages, like energy-saving, long life, maintenance-free, and reliability. But let’s put those advantages aside and measure LED in terms of health.

Previously some studies said LED bulbs contain traces of unsafe metals. These metals can be an environmental hazard when the bulbs are being disposed of. But, of late, with the advancements in LED technology, most bulbs are RoHS compliant and are OK to use.

The blue light generated by LED keeps you alert all the time and maybe a problem at night when you want to sleep. However, using a Warm White color LED will reduce the blue wavelength and give you a light similar to natural sunlight.

VERDICT: Avoid CFLs. Use Warm White LED bulbs from any branded company. If available, Incandescent bulbs can be preferred for bedrooms.

Incandescent vs CFL vs LED: Good For Eyes

CRI or Color Rendering Index is used to determine whether a lighting source is good for eyes or not! A CRI of 100 is preferred, although anything over 85 is good. All the three lighting sources discussed in this article have a CRI above 85.

Incandescent bulbs emit light that is very similar to that of the sun. For your eye health, the best kinds of lighting to live and work with include warm light sources. So naturally, the light from incandescent bulbs is suitable for your vision.

Since incandescent bulbs are very inefficient and being phased out, it would be nice if you could use one at least in your bedroom.

That said, do use multiple light sources in a room to increase the amount of light without using super bright bulbs.

CFL is not suggested. Frankly, I just can’t digest the fact that it turns UV rays into visible light. As previously said, UV rays are known to leak from CFL bulbs if there are cracks in the phosphor coating.

One of the most harmful light to your eyes is UV. Exposure to UV light can lead to cataracts and blindness, the American Optometric Association (AOA) warns. Your eyes need to be protected from long-term and repeated exposure to this form of light.

LED is not the best of the lights in terms of your eye health. It’s blue light emission and invisible flickering are plain bad for your eyes.

While flickering is part and parcel of all LED lights, IEEE standards PAR 1789, California has prescribed the threshold limit of 30%.

Modern-day LEDs from reputed brands adhere to the 30% flicker threshold and also emit less blue wavelength in the Warm White shades. So, I recommend you to use Warm White LEDs with low levels of flicker for better eyes and vision.

Incandescent vs CFL vs LED: For Saving Money

Incandescent bulbs are usually the cheapest bulbs to buy, but they are not energy efficient and can cost a little more in the long term.

For example: A 100-watt incandescent light bulb operating for a full year would consume 876 kWh of energy, costing approximately $131.40 in electricity costs. Remember that you will need to replace the bulb as well, probably about once a month.

CFL bulbs are more efficient than incandescent bulbs but not as efficient as LEDs.

For example: A 25-watt CFL bulb would match the brightness of a 100-watt incandescent bulb but would consume only 216 kWh of energy over the course of the year. That’s an electricity cost of about $32.40, and it would probably just have to be replaced twice.

LED bulbs are clearly the winners here. No doubt, they are more expensive than Incandescent and CFLs to buy initially, but they save you more money in the long run. Also, advancements in manufacturing technology have driven the prices of LED bulbs further down.

LEDs use far less electricity and last longer. They are less fragile and are suitable for use under all weather conditions.

For example: A 16-watt bulb would produce as much light as a 100-watt incandescent bulb. It would consume only 140 kWh of power during the whole year and would just cost $21 in electricity costs. And yes, one LED would last the entire year.

Over the course of its lifespan, one LED bulb will prevent approximately a half-ton of greenhouse gas emissions from entering the atmosphere. Isn’t that awesome?

So there you go. We tried answering four important questions in this article:

Sunlight is the healthiest choice for your eyes and health. Open the blinds, pull back the curtains, and allow the natural light to come in.

Despite some small niggles, LEDs may still be the best choice when it comes to light quality, energy use, and environmental footprint. As a general rule, stay away from lights with labels such as “Bright White” and “Cool.” Also, you should always prefer “Warm White” color bulbs as they mimic natural light.

You may also want to check out the new Full Spectrum Lights available in the market.

That said, researchers are busy at work on newer lighting technologies that could render today’s green choices obsolete. 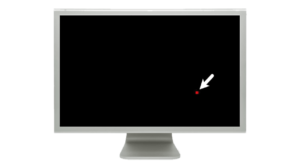